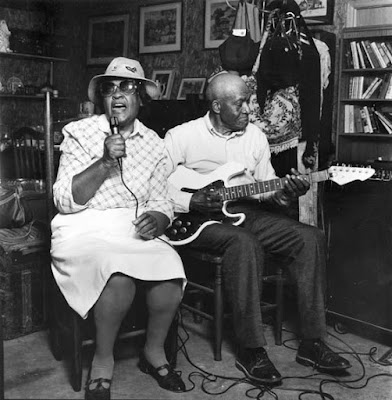 I remember seeing the Music Maker Blues Revue at Byron Bay Bluesfest and absolutely loved them. TRhe line up has changed since then but the fell, the soul and the downhome blues they played has not. One things for sure, if you don't feel what this band or what the Music Make Relief Fund are doing for a) Musician Sustenance - grants to meet basic life needs and emergency relief; b) Musical Development - grants and services for recipient artist professional development and career advancement, and c) Cultural Access - supports the preservation and proliferation of American musical traditions, then yes, you just may have a hole in your soul.

The music featured in this episode reaches a major landmark for MMRF and it occurred when they embarked on their most ambitious Music Maker Revue European tour to date. Seven MMBR artists, including Pat “Mother Blues” Cohen, Pat Wilder, Albert White, Eddie Tigner, Nashid Abdul, Dr. Burt, Ardie Dean and Alabama Slim, traveled across Europe, performing five shows a week for five weeks to spread their talent and dedication to music. Here's part one of a two part series featuring what I want to call 'Blues on a mission'. Be sure to check out the video clips below, the second one is a crack up! Enjoy

Posted by Nate Ness Monster at 12:45 am No comments: 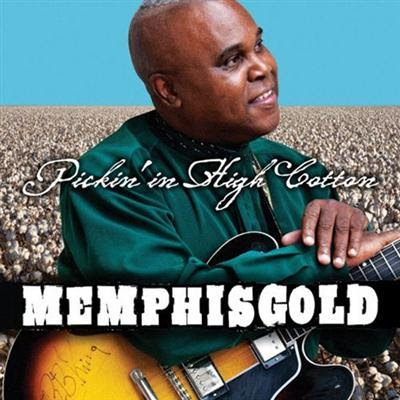 I found a real gem when I discovered 'Pickin' in High Cotton' by Memphis Gold recently. His music blew me away. Such a great delivery from him and his band, I'm still reeling today after playing his music on this episode of The Blues Room. Take a listen to this guy and you'll know why I still love the blues!! Plus you'll hear new tunes from James Cotton, Jimmie Vaughan, Grana' Louise, The Bo Keys, and Seasick Steve ... hmmm, who's new album shall I play next week?

Posted by Nate Ness Monster at 10:14 am No comments: 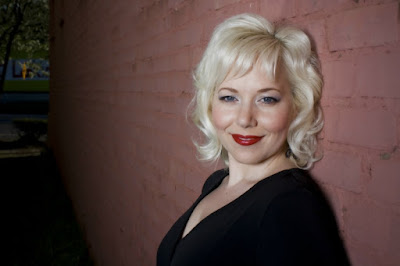 New music from the sweet Samantha Gray in this episode. Born and raised in the working class town of, Ypsilanti, in southeast Michigan, Samantha Gray is a singer, songwriter and visual artist who began her creative journey at a very early age. Although she was raised in the mid-west, Samantha's father and maternal grandparents were from Tennessee. She really embraced her southern roots and has often said that she had the best of both worlds. Samantha was exposed to many different types of music, especially country music and the sounds of Motown.

Samantha's unique voice has been described as soulful, sultry and powerful. Also known for her vintage style and hip shaking performances, she really knows how to engage her audience. Melding the influences of Classic R&B, Blues and Rock'n'Roll, she combines all of these influences into her own brand of Blues and Roots music, which can be heard on her 2010 self-released debut album "Bad Girl Now."

Find out more about Samantha at http://samanthagray.net/

DOWNLOAD
Posted by Nate Ness Monster at 6:02 pm No comments:

The Blues Room presents ...
Human Instinct
Episode 285, 6 July 2011
Peter from Hamilton Blues Society joins me in the studio again to bring you some more outstanding blues, especially from his collection. Plus we call Maurice Greer of Human Instinct to catch up with him about the band and about the Hamilton show the following night at Biddy Mulligans. We also give away 5 double passes to the show - how cool is that!!
About Human Instinct
Incredibly, Human Instinct has been entertaining us over four decades. A band with a reputation for their explosive live performances and for the radical rock they have recorded on seven albums and nearly 30 singles. They have played alongside the giants of British rock and have been described by the music critics as legendary heavyweights of NZ rock.
Sensational lead vocalist and stand-up drummer Maurice Greer remains the heart of Human Instinct and he’s travelled a long road since the late 60s when he was propelled into the limelight as the “teenage wonder drummer”. Inevitably the line-up has changed with the times under his charismatic leadership and has been a vehicle for many of New Zealand’s top musicians.Human Instinct’s sound, a melting pot of heavy psychedelic and blues rock, is absolutely their own. They are characterized by a rock-solid rhythm section, led by Maurice - who with his hands and hair flying in every direction and playing with the verve of a 19 year old, smashes the regimented boundaries often encountered by drummers as he plays his enormous customized stand-up drum kit (including timpanies and gongs) - followed closely by fiery bass grooves and a roll call of ace guitarists. It’s an accomplishment strengthened by their recordings.
Playlist
1. Buddy Guy - Guess What
2. Gary Moore - Someday Baby
3. The Nudge - Come Home
4. Human Instinct - Ashes and Matches
5. Human Instinct - Midnight Sun
6. Brandon Santini - You Ruined Poor Me
7. Gregg Allman - Just Another Rider
8. RB Stone - The Devils Satisfied
9. Robert Cray - Smoking Gun
DOWNLOAD
Posted by Nate Ness Monster at 7:47 am No comments: 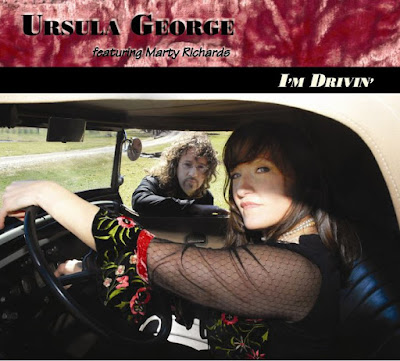 I’m Drivin’ is the second release of blues/roots act Ursula George, of Providence, Rhode Island. It features a collection of female-penned blues tunes of the classic era, as well as a few surprise renditions of the later-day. Receiving particular attention is "You Need (a Whole Lotta) Love," a modern interpretation of the Willie Dixon tune later covered by Jimmy Page and Led Zeppelin, now reimagined with a twist.

About the players:
Singer/guitarist Lori Urso has been performing since the early age of seven. She discovered the blues in her teens, and since then her life has been a mission to support and promote blues music, and in particular the female songwriters of the Vaudeville and Classic Blues eras. Her first release - Ursula George, "Blue Basics" (Tommytiger 1999) - met with critical acclaim, and made the rotation of radio stations worldwide, including popular syndicated shows like Acoustic Café, and satellite radio.

Drummer Marty Richards is well known to the New England music scene. A Berklee grad, he began his jazz career with the Gary Burton Quintet, segued into blues, playing with many of the genres finest acts, including Duke Robillard, John Hammond, Kim Wilson and the Blues Brothers, and most recently has taken the drum chair for top rock acts including the J. Geils Band and the Joe Perry Project. He has appeared on more than 100 recordings, but this is the first recording of Marty on piano as well as drums.

DOWNLOAD
Posted by Nate Ness Monster at 8:54 am No comments: