Things get better each day

Well I'm totally in Blues Radio DJ heaven. I got to sit and interview John Hammond, would you believe. I told John that his album, "Fattening Frogs for Snakes was one of the first blues albums I bought. I love his high end harmonica playing and his vocals. Hes a very gentle and warm man who had a feeling of respect about him. His wife was nearby so I got a pic of them both. I'll post the interview as a podcast soon at http://huffa_puffa.podomatic.com/ 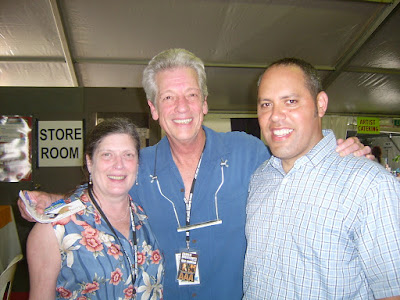 Then I got to sit with Charlie Musselwhite, his wife was nearby too. They both remembered me from their last visit to New Zealand, cool! Charlie says he's coming back to NZ with the Roger Fox Big Band in October, keep an eye out.

I caught Charlie's first performance at BF on the Friday night. He seemed to be getting feedback from his mic which seemed to bug him but he carried on and as usual brought the whole house, or should I say tent, down. John Hammond joined him on stage for a few numbers too. 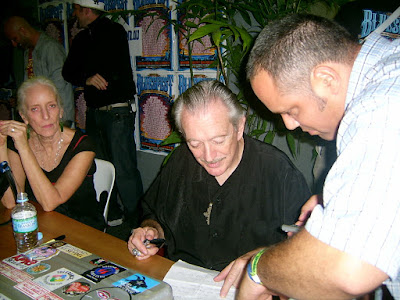 Earlier in the day I was blown away by Jake Shimabukuro, the worlds best Uekele player. 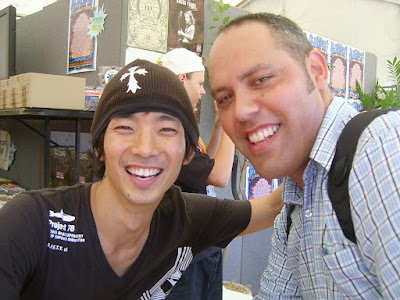 Below are the master (and mistress) minds of BluesFest! With me first is the wonderful Michael Chugg and beautiful Gaynor Crawford ... 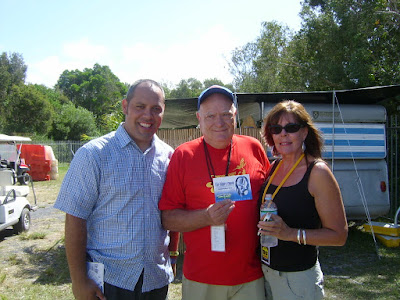 ... and again with the great Peter noble. All are wonderful people who are down to earth and who know exactly how to have a hell of a good time. Thanks guys, from your number one NZ fan! 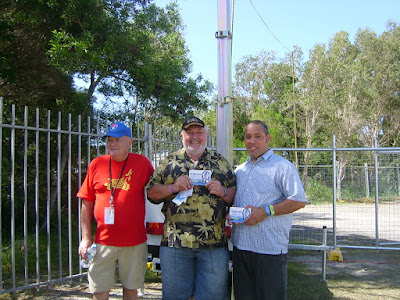 Posted by Nate Ness Monster at 5:46 pm No comments:

Made it to BluesFest Byron Bay 2008 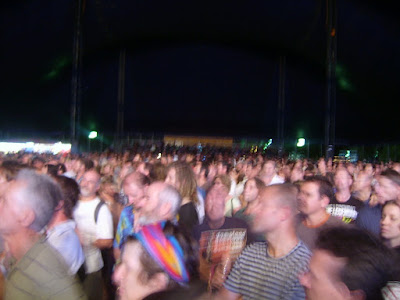 Well I finally made it to BluesFest 2008 at fantabulous Byron Bay. Its busy with busy people wanting to get as much sightseeing and fun times crammed into their holiday. Thats cool though.

I got to the BF venue at about 8.30pm last night and was in awe at the size of it. Five stages, bigger than ever, and many stalls and eaterys. Its been sunny and hot although last night while in watching Buddy Guy it poured down. What the heck! 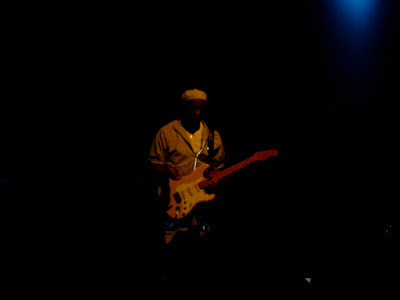 They have a shuttle bus that runs to and from the venue for $3, its cool because it drops me off right outside my accommodation.


Posted by Nate Ness Monster at 1:31 pm No comments:

The Countdown begins for BluesFest Byron Bay and BluesFest NZ

Wow, so much has happened since I was last blogging here. BluesFest Australia is finally coming to New Zealand after nineteen years of exclusively being an Australian festival.

This is great news and its been warmly welcomed by many music fans across the nation.
Posted by Nate Ness Monster at 2:44 pm No comments: