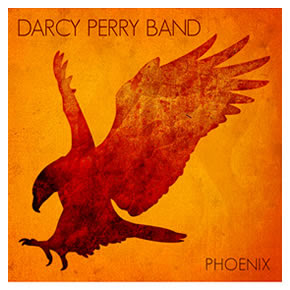 OK, so this is like 3 months late!! Darcy let me know about this before Christmas. They don't call me late Nate for nothing!!! Anyways, thought you could still try thre links in case its still FREE to download.
____

Hey everyone,
A good friend of mine and one of New Zealand's finest musicians has made his latest album, Phoenix, available for FREE digital downloading. I encourage you to download it and have a listen - it's his best to date! You have until 11th December 2008.

This FREE download is to coincide with the physical release of Phoenix. Distribution of the CD will be by Ode Records (Cat. No. RMADPCD006)
After playing at the inaugural Bluesfest NZ in Whitianga, the band started road-testing twenty-four new songs, culminating in recording sessions at Montage in Grey Lynn early August.

This is the groups most adventurous effort to date with four of the band members sharing lead vocal duties. A generous sixteen track album eventually emerged.