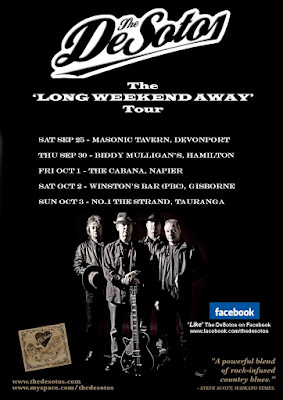 Posted by Nate Ness Monster at 11:21 am No comments: 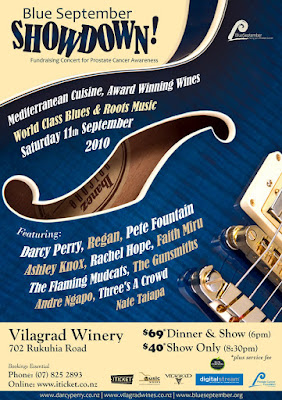 Posted by Nate Ness Monster at 11:13 am No comments:

The Blues Room# 240 Rocking Pheumonia and the Boogie Woogie Flu 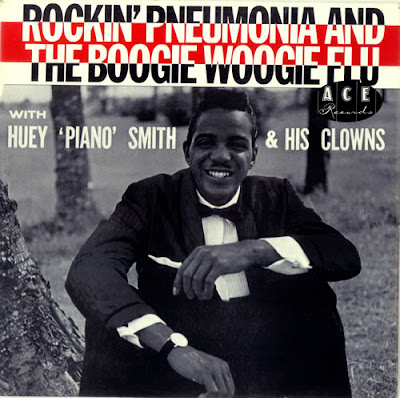 I thought the title of the Jimmy Barnes song I play in this episode kinda sums up how I've been lately, I'm so glad Spring is peeping its head through the Winter cold!!! This simply means Summer is on its way! In this episode I begin sharing more details about the
Blue September Showdown concert coming up on Sept 11 featuring
Darcy Perry and a whole host of other wonderful musicians who
will help raise awareness and funds for the NZ Prostate Cancer Foundation.
Plus, I spin some new additions to the Blues Room collection.
WOW! Episode 240, can you believe it!?

Posted by Nate Ness Monster at 10:56 am No comments:

The Blues Room#239 Ruf Records Music - Where Blues Crosses Over

Ruf Records is a label in Germany hosted by Thomas Ruf.
It provides us with so much great music! Please go check them out. Ruf records is distributed in New Zealand by Simon at Yellow Eye Ltd.

Posted by Nate Ness Monster at 12:16 pm No comments: 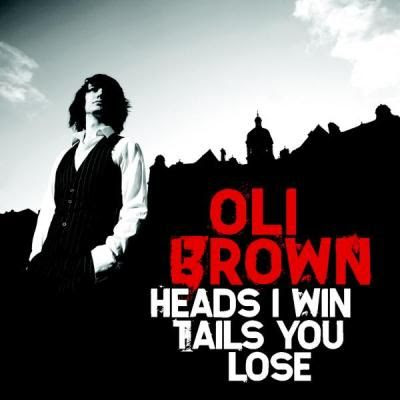 The Blues Room presents ...
OLI BROWN COMES TO TOWN - INTERVIEW
Episode 238, 11 Aug 2010
Oli Brown is a really nice guy, young, talented and spoken highly of by his peers and respected fellow musicians. I caught up with him while he was here in NZ for Gtaranaki Guitar Festival. He is also coming to Biddy Mulligans on Monday 16th Aug, 8pm, so don't miss him. We NEVER egt Ruf Recording Artists in Hamilton!!!! So make the most of it.

Posted by Nate Ness Monster at 11:36 am No comments: 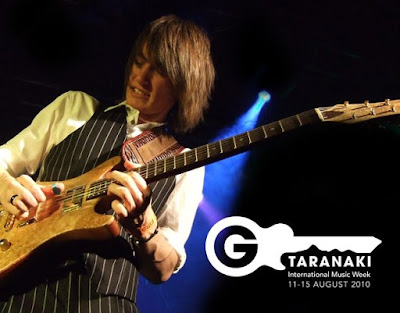 Due to unprecedented demand Oli Brown, the young guitarist that Mojo Magazine described as “The hottest young pistol in British blues”, has announced two further special performances following his gigs at Gtaranaki 2010. They are:
The Ruby Lounge
14 Bond St, Wellington
15th August at 9:00pm
and
Biddy Mulligan’s Back Bar
742 Victoria St
Hamilton
16th August at 8:00pm
Barely out of his teens, Oli Brown is being hailed as the great white hope of British blues, with glowing reviews for his live and recorded work. Uncut magazine describes his guitar-
playing as a cross between Rory Gallagher and Steve Cropper.
Since 2007 the Oli Brown Band has playing up and down the UK. A major highlight for 2007 was recording a live session for BBC Radio 2 for the Paul Jones Blues Show which was
transmitted 14 May 2007. Other notable events that year included supporting acts like Walter Trout, Aynsley Lister, Devon Allman and Ian Parker, as well as performances for
various local radio stations.
YELLOW EYE LTD PRESS RELEASE:BRITISH BLUES SENSATION OLI BROWN ANNOUNCES 2 EXTRA GIGS FOLLOWING HIS APPERANCES AT GTARANAKI 2010
2008 was exciting and extremely busy: In January Oli signed to Ruf Records and went to Germany to record his first Ruf Records album, titled Open Road, released that June to great reviews.
In February 2008, whilst in America, The Oli Brown Band were invited to record at the legendary Ardent Studios in Memphis, by John Fry himself (Ardent Studios have been involved with the recording of albums by artists such as REM, The White Stripes, Led Zeppelin, Isaac Hayes, ZZ Top… the list goes on and on). Oli and the band recorded a couple of tracks and then performed a live session for "The Ardent Sessions". The hits on the website for The Oli
Brown Band set exceeded 1.4 million in three weeks.
Oli went back to the States in August 2008, where he performed with Blinddog Smokin, Sherman Robertson, Miss Blues, Billy Branch - and did his own Oli Brown set too!
The Oli Brown Band secured support slots in 2008 with artist such as Jon Cleary, Johnny Winter, The Fabulous Thunderbirds, Robben Ford, Walter Trout and Devon Allman, as well as having Oli Brown Band headline gigs. All of the gigs saw them playing in larger venues and increasing their rapidly growing fan base.
Early 2009 saw Oli perform as a member of the legendary Blues Caravan Tour of Europe, an annual event put on by Ruf Records which visits many countries including Germany, Switzerland, Holland, Norway, Lithuania and Poland. 2009 was also when The Oli Brown Band carried out their first major UK tour. This was the Open Road Tour, presented by HMV in association with Rhino Agency and was a great success.
The rest of 2009 had the band performing at various festivals both in and out of the UK and ended, following requests from fans, with a further UK tour.
The eagerly awaited follow up to Oli Brown's critically acclaimed debut Open Road is Heads I win, Tails You Lose and features that unique Oli Brown sound; clean guitar, great riffs and a vocal honed by two years of touring that squeezes every emotion from the lyrics. This album was produced by the legendary Mike Vernon (Fleetwood Mac,
Eric Clapton, Ten Years After), who was keen to come out of retirement to work with the talented Oli after hearing his debut CD. With the blues baton now firmly grasped in Oli's hands, he's just completed his biggest gig yet with two appearances at Glastonbury on 25 and 26 June 2010.
His appearances at one of the world's biggest music festivals cements his place as a rising star and comes in the middle of a hectic 2010 for Oli, who lives at home with his dad and manager Graham, mum Sue and sister Charlotte, 23.
Oli is available for interviews and both his albums can be provided for review.
For further details, please contact us:
Yellow Eye Ltd Ph: (03) 4739426 Fax: (03) 4739700 Email: sieye@xtra.co.nz
Posted by Nate Ness Monster at 9:22 pm No comments:

The Blues Room# 237 An Evening For Emma Orange 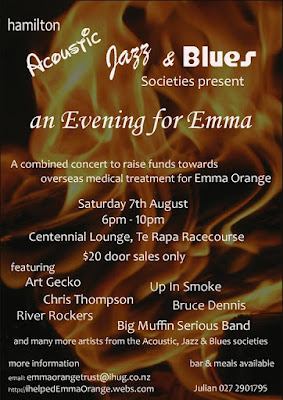 The Blues Room presents ...
An Evening For Emma Orange
Episode 237, 04 August 2010
Emma Orange struggles daily with Reflex Sympathetic Dystrophy - a pain condition which Emma describes as the worst pain imaginable, its like a fire in her body that never goes out. I get the priviledge of interviewing her and her dad, Julian, in this episode. There is a specail charity gig happening in Hamilton on Saturday 7th August, 2010 put together by Hamilton's Blues, Jazz and Acoustic music clubs to help raise funds for Emma to travel to USA and Mexico to have treatment for this disease. To support Emma, please visit http://ihelpedemmaorange.webs.com/ 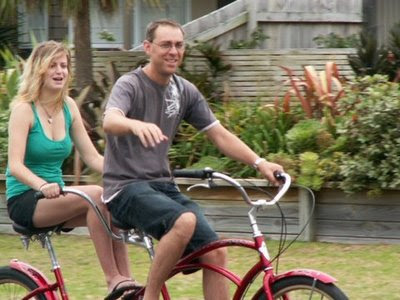 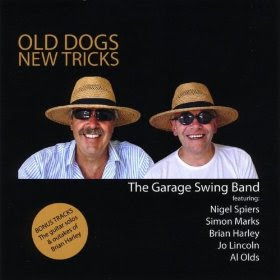 The Blues Room presents ...
The Garage Swing Band
An interview with Nigel Spiers
Episode 236, 28 July 2010
This episode features great music from The Garage Swing Band from Christchurch, NZ . I talk with Nigel Spiers, frontman of the band and webhost of http://www.bluesandviews.com/. I also play some great Australian blues too, some of it sent to me by good friends Carmen and Gerry Blain of Cracking Toast Management. Thanks for stopping by!

Posted by Nate Ness Monster at 12:47 am No comments: