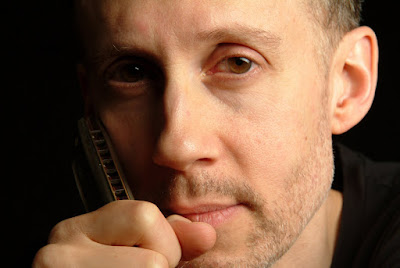 Playing a ten hole diatonic harmonica, Carlos has developed the unique ability to play chromatically by using a recently developed "overblow" technique taught to him by jazz virtuoso Howard Levy. Overall, this approach to the diatonic harmonica, although much more difficult to achieve, is in many ways more expressive and communicative than the mechanized tone produced by the chromatic harmonica . Carlos is one of the few pioneers of this overblow method, bringing musical credibility to what has still been considered by many in the music industry - a fringe folk instrument. The sophisticated sound produced by del Junco is at once sensitive, soulful, and sexy while never forgetting the rawness inherent in blues music.

The first time I learnt about Carlos was by google searching for Ska tunes that featured harmonica. His album Big Boy showed up as it features a great ska tune with his harmonica playing called Heddon Tadpolly Spook.

On this episode I feature an interview with Carlos found at Hohner's youtube site plus some of Carlos tunes I like, enjoy!!

Have you taken The Blues Room survey yet, I'd love you feedback. Please follow this link to take the survey: http://www.surveymonkey.com/s/LCSJNBQ
Posted by Nate Ness Monster at 10:35 am No comments: 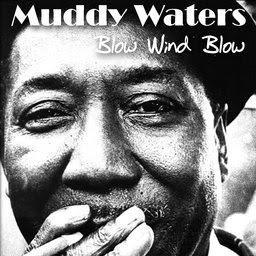 Another mash up of tunes, this time featuring a new one by The Soul of John Black, with fine work from Albert Castigilia and Graham Wood Drout along with Harpdog Brown I might add.
Enjoy!

Oh, and can I remind you to take the five minute survey about The Blues Room, I'd love your feedback! Link: http://www.surveymonkey.com/s/LCSJNBQ

DOWNLOAD
Posted by Nate Ness Monster at 10:20 am No comments: 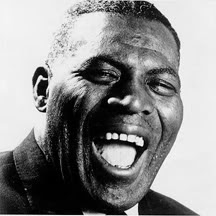 It won't take you long but your feedback will be valuable to Nate!!!

Click on this link http://www.surveymonkey.com/s/LCSJNBQ for the survey.
Posted by Nate Ness Monster at 4:08 pm No comments:

Email ThisBlogThis!Share to TwitterShare to FacebookShare to Pinterest
Labels: The Blues Room Survey

His new solo album "Happy As A Monkey"
is available now at CDBaby.com

Club-goers in Peterborough, Canada, know that they’re in for some great music if Alan
Black is in the house. For years he’s been the backbeat of the best blues, R&B and rock
bands in this hip university town, notably Jackson Delta, Buzz Thompson, and Max
Mouse and the Gorillas. Alan wows audiences with his ability to play drums and
harmonica simultaneously and soulfully. Fans appreciate his heartfelt singing and
songwriting and know that he has appeared at every major Canadian festival, been
nominated for two Junos, and toured Scandinavia and the UK with the likes of Tracy
Nelson and Mose Scarlett.

These days, it’s easiest to catch this talented guy on stage in Al Black and the Steady
Band, which offers up New Orleans funk and echoes of the early blues masters. With a
rhythm section that includes Black on the drum kit, Andy Pryde on bass and Rob Steele on
hand drums, the groove is hypnotic. Together with Gary Peeples on guitar, this core band
weaves Rock 'n' Roll and Caribbean rhythms together in songs that can bring to mind The
Meters and Little Feat.

Alan Black was brought up surrounded by jazz, big band and country music. The Blacks
regularly hosted weekend house parties where country songs were banged out on an old
guitar, old standards were sung, parents danced around the living room. His father (a
drummer who adored Gene Krupa) took Al to drum rehearsals with his pipe band and the
eager student played every piece of furniture at home until allowed to practice on his dad’s
drum kit.

As a 12-year-old, Alan saw Sonny Terry and Brownie McGhee on TV, bought a harmonica
and started practicing along with Bob Dylan and Rolling Stones records. By the time he
was in high school he was playing house parties, doing songs by heroes like the
Yardbirds and James Brown. At 19, he was playing drums in a blues band that eventually
backed legendary piano player Sunnyland Slim. As co-founder of Jackson Delta, Alan did
much to shape the sound, playing blues rhythms on his vintage drum kit and traditional-
yet-innovative blues harp, and singing - often on the same song! This acoustic blues trio
garnered two Juno nominations, was runner-up for the BB King Lucille Award at the
prestigious Handy Awards, toured North America and Britain and opened for John Lee
Hooker, releasing several albums along the way.

For decades now, Alan Black has been the backbeat of Peterborough in bands like
Stonebridge Blues Band, Rocket 88s, and Bobcajun. International audiences have heard
him with Colleen Peterson, Larry Garner, Pinetop Perkins, Gene Taylor and many others.
Now he’s fronting Al Black and the Steady Band. Don’t miss it.
Posted by Nate Ness Monster at 5:52 pm No comments: 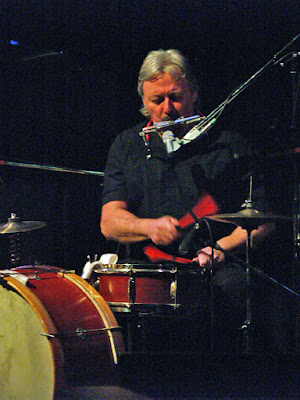 New music from Alan Black out of Canada. Alan plays harmonica really well and drums sings, writes songs, gee what doesn't he do! He's very skilled and talented, this album is a great listen with some fine blues through-out. Find out all you need to about Alan at http://www.alanblack.ca/

DOWNLOAD
Posted by Nate Ness Monster at 5:33 pm No comments: 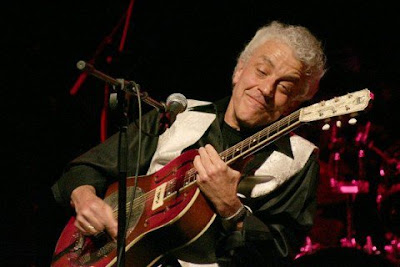 Peter represents Hamilton Blues Society and joins me again in this epsiode to talk about whats coming up around Hamilton city. PLEASE check the website http://www.hbs.org.nz/ to stay updated on all things blues in Hamilton and around. AND be sure to check out Doug MacLeod at this years BOP Blues Festival in Rotorua plus all the other GREAT acts!

Posted by Nate Ness Monster at 5:20 pm No comments: