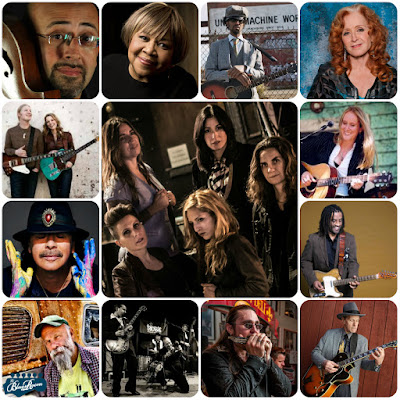 Some of Nate's hot picks from music released in 2016. Enjoy. 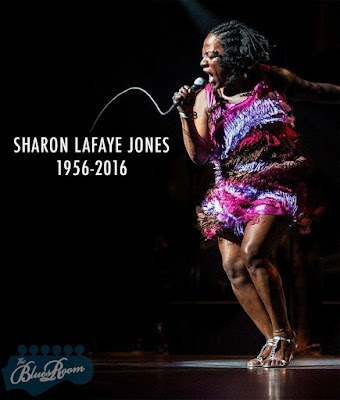 Sharon Lafaye Jones (May 4, 1956 – November 18, 2016) was an American soul and funk singer. She was the lead singer of Sharon Jones & The Dap-Kings, a soul and funk band based in Brooklyn, New York. Jones experienced breakthrough success relatively late in life, releasing her first record when she was 40 years old. In 2014, Jones was nominated for her first Grammy, in the category Best R&B Album, for Give the People What They Want. Among Jones' influences are James Brown, Sam Cooke, Aretha Franklin, Ella Fitzgerald, Thom Bell, Otis Redding, Ike & Tina Turner, Marva Whitney and everyone from Motown. In addition, Jones also cites more recently known artists, such as Michael Jackson, Prince, Erykah Badu and Beyoncé. It was announced on June 3, 2013, that Jones had been diagnosed with bile duct cancer and underwent surgery, which forced her to postpone the release of the group's fifth album, Give the People What They Want. The diagnosis was later changed to stage II pancreatic cancer, for which Jones had surgery on her liver and underwent chemotherapy. The chemotherapy caused hair loss, and for a time she performed bald, refusing to wear wigs. 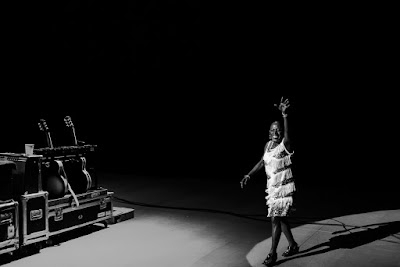 During the screening of her documentary at the 2015 Toronto International Film Festival, Jones revealed that her cancer had returned, and that she would be undergoing chemotherapy again. She suffered a stroke whilst watching the 2016 United States presidential election results, blaming Donald Trump, and suffered another stroke the day after the election.

Jones suffered a stroke on election night 2016 and after a second stroke days later died on November 18, 2016 in Cooperstown, New York, aged 60. According to bandmate Gabriel Roth, "She told the people that were [at the hospital] that Trump gave her the stroke. ... She was blaming Trump for the whole thing."

Some artists shine brighter than their contempories. Sharon Jones was one of those artists. This is a tribute to one of the finest soul-sisters this side of originators. We miss you already Sharon. Thank you for sharing your soul with us.


100 Days, 100 Nights
People Don't Get What They Deserve
Slow Down, Love
Natural Born Lover
Every Beat Of My Heart
Road Of Broken Hearted Men
These Tears
Stranger To My Happiness
Silent Night
8 Days Of Hanukkah
Big Bulbs
I'm Still Here 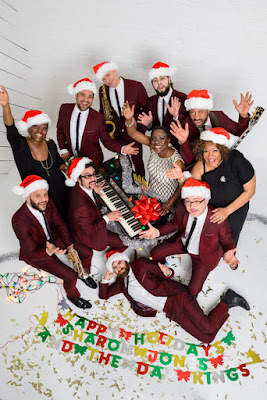 Posted by Nate Ness Monster at 8:58 pm No comments: 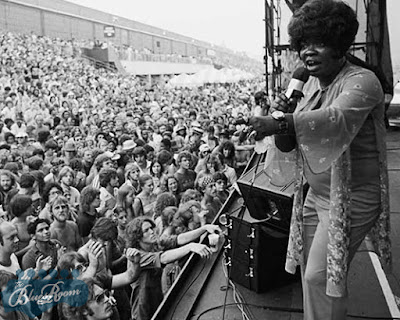 Fatt Max brings us another great selection of blues tracks, so kick back, relax and turn this one up. This episode of dedicated to all those effected by the New Zealand earthquakes this week.
You brave, wonderful people, we keep you in our hearts and prayers.
Donate to those effected by the quakes here. 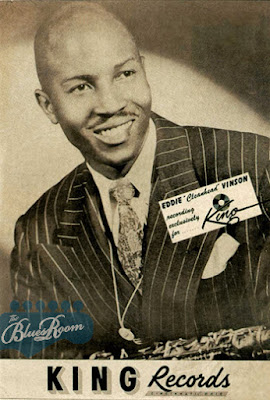 For many years Nate has been following a vintage blues radio show hosted by Jeff Harris called Big Road Blues. Jeff presents his 2-hour show each Sunday from 5 to 7 PM (EST) on WGMC Jazz90.1 (Rochester, NY) and it streams live on the web from http://www.jazz901.org/listen-live/. Jeff has kindly given permission for Big Road Blues to be re-run on The Blues Room each month, on the second Wednesday. This episode here is a classic example of what you'll hear from Jeff; superb tracks, great commentary, and a taste of classic and often rare and forgotten blues. As Jeff's shows are two hours long, Nate will post a link for listeners to check out the second half of his show. For archived shows of Big Road Blues please check out http://sundayblues.org/. So a big thank you goes out to Jeff and we look forward to sharing some of his outstanding shows on The Blues Room. 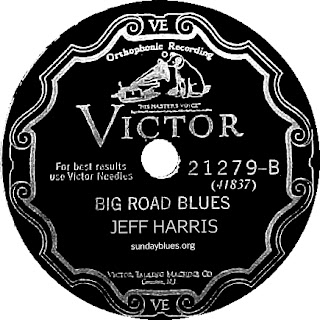 "Today's show is a part one of our look at some great New York based sax men who's honkin' sound was heard on hundreds of records in the 40's and 50's. This show is one of several sax based shows this year starting a few months ago with a two-part show of Chicago horn men , followed by two spotlighting some great L.A. Horn blowers. Illinois Jacquet is cited as the one who kicked off the era of honkin' sax in 1945 with his famous solo on "Flying Home" while working with Lionel Hampton's band. As Big Jay McNeely said of of the song, "every time we picked up our horns we were just elaborating on that, trying to make it bigger, wilder, give it more swing, more kick. If you want to know where rhythm and blues began, that's it brother." Today we spin some great honkin' sax records, some cut by the horn men themselves and others featuring their raucous playing behind some great blues singers, both well known and obscure. The records were issued on a myriad of small New York independent labels labels such as Atlas, Derby, Coral, Apollo, Groove, Fire/Fury, Savoy and bigger players such as King and Atlantic. Along the way we'll hear some exciting instrumentals and hear them back some terrific blues singers, both famous like Wynonie Harris, Big Joe Turner and Ruth Brown, to the obscure such as Eddie Mack, Mr. Bear and Edna McGriff. Among those featured today are legendary horn men such as Hal Singer and Freddie Mitchell who played on countless sessions as well as recording some exciting sides under their own names. Then there were sax men primarily know for their session work such as the prolific Sam “The Man” Taylor, Budd Johnson and Big Al Sears. There were the sax men who led their own bands and were stars in their own right such as Eddie “Cleanhead” Vinson, Paul “Hucklebuck” Williams, Red Prysock, Earl Bostic and Bullmoose Jackson. Others heard today include the incendiary Noble “Thin Man” Watts, the rising star King Curtis, Willis “Gator” Jackson, Buddy Lucas, Frank Culley and others. On part two we'll spin more great tracks by theses sax men as well as hearing form others such as Sil Austin, Buddy Tate, Charlie Singleton and more. We'll provide some background on some of today's artists and fill in details about the rest next week." Read more at Jeff's site: Sunday Blues

Big Road Blues Show :: Jookin' – Honkin' Sax From New York Pt. 1
Click this link to listen to the second half of this episode
And check out Pt. 2 here

#561 :: Another Hour Of Blues Power With Darcy Perry 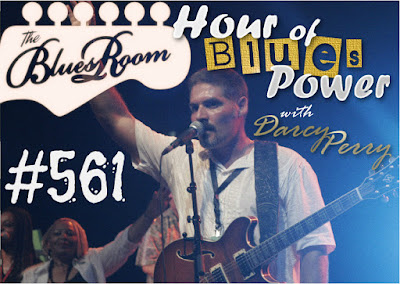