"Where the Coolest get their Coolness" 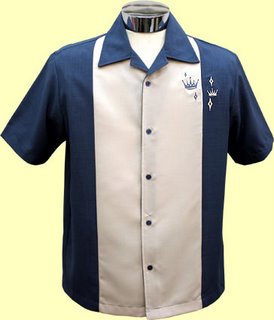 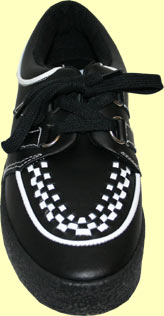 I had a pair of shoes like this once and loved wearing them. My shcool friends thought I was a little diferent, ahh heck, what would they know aye?!!

Posted by Nate Ness Monster at 11:37 pm No comments: 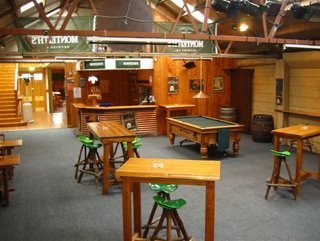 Just heard that every first Tuesday night at
Diggers Cafe and Bar in Hood Street, Hamilton there is an acoustic jam night.
It starts at 8.30pm and a back up band will be present.
Sounds groovy. I'm sure the blues will surface there in due time.
Click here for the Diggers website.
Posted by Nate Ness Monster at 11:14 pm No comments: 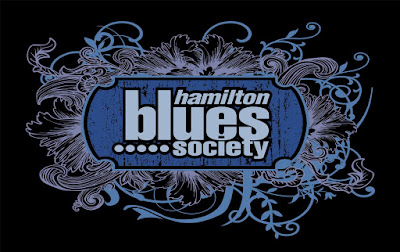 I just made contact with Frank Black who has been doing blues radio for over 20 years...WOW!!! Check his website out here. I'm sure theres many others who have been around for a long time doing what they love, playing blues and hosting radio programmes. As a new DJ starting out I've reminded that it's all good - the mistakes and all! One thing I've learnt already is not to appologize for every slip up - heck listeners don't need to know what they don't know, he he. Like this week in the blues room I went to play my promo for the BOP Blues club I have on audio cd and to my horror it didn't work - total silence, ha HA! Hmmmm, yes a very long pause (sigh) So I played something else instead, luckily I had something near by, ready and available. I want to get to the skill level where I can prepare a prograamme in advance on my computer and have the studio computer play it without me present. That way I can relax at home and hear mty own show!!! When all is said and done (and yes I know alot more is said than done, my Dad keeps reminding me in his email footer!) I do enjoy being up in the studio doing a live show. I need more live acts people ... so what are you doing next wednesday night from 9pm, wanna join me in the blues room?
Posted by Nate Ness Monster at 10:42 pm No comments:

Pink Champagne in the Blues Room 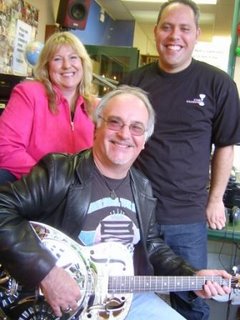 Click here to hear Steve and Cheryl's station call.
On their way up to the Bay of Islands Jazz and Blues Festival(11-13 August), Cheryl and Steve O'Connor stopped in at Community Radio Hamilton to chat, play and sing awhile. And what a wonderful visit it was. Even though I had a lousy head cold, and still do, I enjoyed every minute and was so intrigued by the stories they shared. We managed to get an interview recorded which I'll play on air once I edit it, its peppered with them breaking out in songs that feature on their two released cds.

They told of how they met, began their musical careers and what influenced them. Gee, this kinda of interview needs to happen for every blues muso because I bet everyone has an interesting story to tell. As a matter of fact, it was John Lee Hooker that said "the blues is story."

The origins of Pink Champagne can be traced to the Sahara Desert in Libya back in 1977, where they performed to an expatriate social group who got together regularly to play music and put on performances for other expatriates. Steve had played in various blues and rock-oriented bands in the UK and when they came to New Plymouth, New Zealand in 1994, they formed a duo called Two's Blues. The name change to Pink Champagne came about after they were invited to take the ingredients for the drink "Pink Champagne" to a party, it was there that a friend suggested the name be suitable for their band. They thought so and adopted the name- it stuck - they are now composing and perfortheirthier own material, as well as covers of tfavoriteurite songs.

See that Dobro guitar of Steve's - 5000 bucks worth!!!! Wow, you wouldn't want to leave that lying around at the festival Steve!!

And thanks to Steve and Cheryl for that cool tee-shirt I'm wearing, how did they know I'd fit an XL??! The pizza supplied by the staff at Community Radio Hamilton was much appreciated and so necessary for my robusted figure, yummo!

Read more about this great blues duo and listen to samples from their CDs here.

Posted by Nate Ness Monster at 4:53 pm No comments:

So what are you waiting for?? 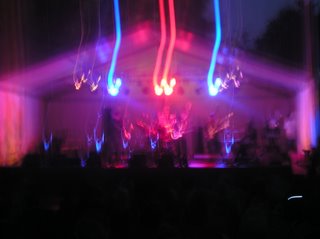 http://www.communityradio.co.nz/
Posted by Nate Ness Monster at 2:38 pm No comments:

01/08/2006 XtraMSN
Charlie Musslewhite is a howlin' blues legend who's still invigorated by a youthful spirit. His new album Delta Hardware is full of raw, passionate music that walks the line between rock and electric country blues. Having played with the likes of Bonnie Raitt, John Lee Hooker and Ben Harper and with six Grammy nominations to his name, Charlie is firmly entrenched in musical history.

XtraMSN has five fantastic Charlie Musslewhite prize packs - each containing two tickets to the show of the winner's choice from the New Zealand tour schedule as well as a copy of his latest album Delta Hardware - to give away.