The Desotos were playing at Biddy Mulligan's at the same time my show went LIVE to air. I managed to call Stuart the bass player in between sets to catch up. Check out the interview plus new music from The Hexmen and Andy Cowan plus more! To learn all about The Desotos please
visit http://www.thedesotos.com and http://www.myspace.com/thedesotos

Posted by Nate Ness Monster at 12:11 am No comments: 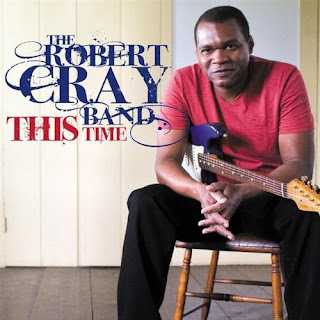 Robert Cray started playing guitar in his early teens. At Denbigh High School in Newport News, Virginia, his love of blues and soul music flourished as he started collecting records. By the age of twenty, Cray had seen his heroes Albert Collins, Freddie King and Muddy Waters in concert and decided to form his own band called Steakface; they began playing college towns on the West Coast. On his newest album 'This Time' he is joined by long time bassist and friend Richard Cousins as well as Jim Pugh (keyboard), and Tony Braunagel (drums) for some rock-blues-soul music thats bound to soothe and please.

For more information on the Robert Cray Band including official merchandise, upcoming tour dates and a list of gear, please visit http://www.robertcray.com/